Are herbs & spices superfoods? Herbs and spices not only flavor our food but offer many healing properties; they are truly superfoods.

I have chosen four highly antioxidant, flavorful fellows of the plant world to outline:

How did I choose these particular four? They all score highly on the ORAC Value Chart.

I bet you are wondering; ‘What’s that?’

The ORAC value, developed by USDA researchers at Tufts University, is used to measure antioxidant capacity. Anioxodant capacity is the rate at which nutrients destroy free radicals in the body. The higher the ORAC score, the more antioxidant power contained in a food source.

• Green tea has long been touted has having antioxidant properties and scores 1253 on the ORAC scale, not bad, right?

Now here’s a food that may surprise you: English Walnuts score 13,541!

Well, guess what? Many herbs and spices have VERY high scores as well!

So what are antioxidants and how do they work anyway?

Antioxidants are nutrient compounds, such as vitamins, minerals or plant chemicals (called phytonutrients) that protect the body and destroy free radicals.

‘Free radicals’ are ‘the bad guys’; they are highly reactive oxygen molecules that are responsible for aging, cellular damage and some diseases.

Your body produces some free radicals, just from ‘the waste’ produced during metabolism, but you can also pick them up from pollutants in our air, water and food.

This is one of the many reasons that it’s so important to eat clean, unadulterated food that is filled with antioxidants.

Spicing up your dishes will not only make your meals more delicious but more antioxidant-rich as well.

• It can help with regulating blood sugar. So if you have blood sugar issues, make sure to include cinnamon in your diet daily. Cinnamon is SO helpful that people with type 2 diabetes benefit from the delicious spice. A study done on diabetes care in December of 2003, showed that cinnamon improves glucose and lipids of people with type 2 diabetes. One gram per day can change blood markers – that’s just half a teaspoon!

• Cinnamon has been effective in lowering cholesterol. In fact, you can lower LDL cholesterol with as little as 1/2 teaspoon of cinnamon per day!

• The distinct smell and flavor of cinnamon is due to a compound called cinnamaldehyde. This compound has positive effects on metabolism.

• There is a link between cinnamon and reduced risk of heart disease.

• Cinnamon has been studied for its potential in cancer prevention. This make sense since it’s so antioxidant. It’s been long known that antioxidant-rich diet prevents cancer.

• According to a study done at the Tehran University of Medical Sciences in September 2017:
Various cinnamon species and their biologically active ingredients have renewed the interest towards the treatment of patients with mild-to-moderate Alzheimer’s disease.

These are a few reasons that cinnamon should be in your daily diet…but how? 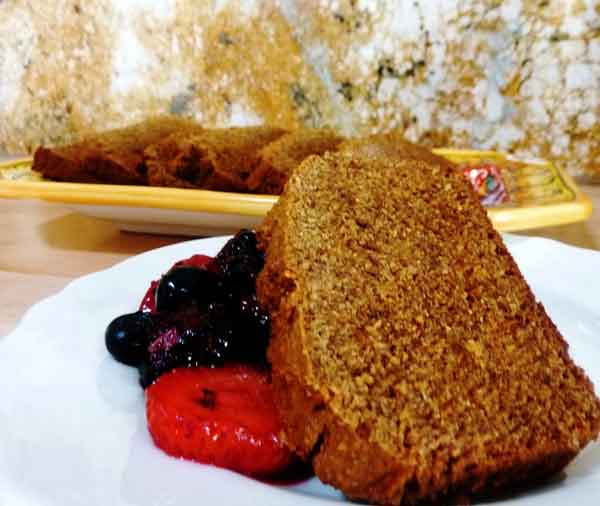 Give my Pumpkin Spice Bread recipe a try. It has both cinnamon and cloves in it. It touts 6 grams of protein per slice and only 4 net carbs (total carbs- fiber = net carbs). Plus, it has 2261 milligrams of omega-3 fatty acids, is gluten-free and grain-free. Most important of all – IT’S YUMMY!

• Cloves have analgesic and anti inflammatory properties as well. The active ingredient in cloves, eugenol oil, gives it its analgesic properties. A cotton ball soaked in clove oil can help a tooth ache or sore gums.

• Cloves can effectively cure many digestive upsets such as indigestion, nausea, even vomiting.

• Because cloves are so highly antioxidant, they give a good boost to the immune system and help purify the blood.

• College of Food Science and Technology, Nanjing Agricultural University in China completed a study in November, 2017 that found mold spores on meat products were inhibited by clove oil. Cloves have anti-fungal properties. Testing such as this could mean safer, cleaner, preservatives for meat products.

• In July, 2017, School of Food Science and Technology, Jiangnan University found that cinnamon essential oil or clove essential oil can inhibit mold. In their experiment, the shelf life of baked goods was extended because cinnamon and clove oils work against the formation of mold. 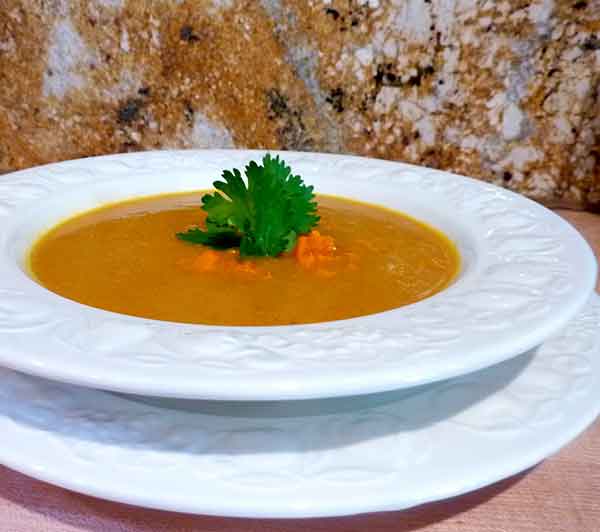 I bet you think that cloves are difficult to incorporate into your diet because of its strong flavor.

Well, I have a recipe for you: Orange-Scented Carrot Soup with Mango.

• Belongs to the mint family.

• Contains the beneficial oil, thymol, which is both antibacterial and antifungal! In fact, a few years ago, I got the Swine Flu… All the ‘anti-flu’ drugs never helped a bit; oregano oil put me on the road to recovery! Oregano oil is an integral part of my medicine cabinet.

• Has been used in herbal medicine for menstrual cramps and morning sickness.

• Oregano is easy to grow in your own herb garden. Believe me, I don’t have the green thumb in our family but I haven’t killed ours yet! Take a look… 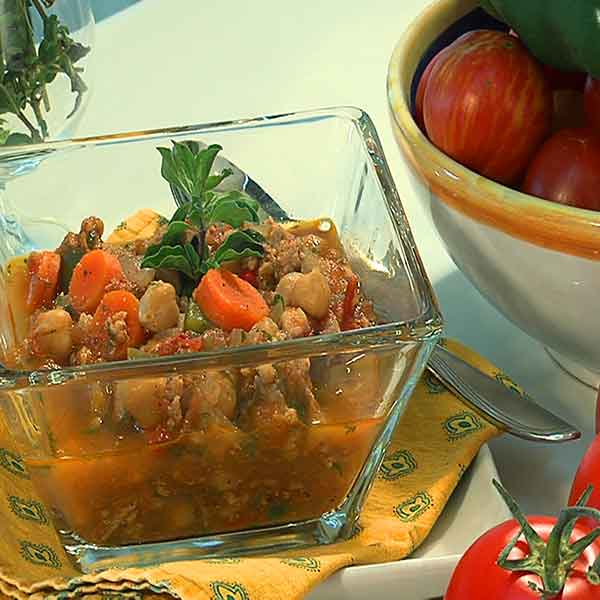 Oregano is a versatile herb; you can use it in many different recipes. That said, I thought I’d share my hubby’s favorite: Chick-Chick Chili

If you like chili, you’ll love this lightened up version, for sure! The chili powder recipe can be used on just about anything and includes other highly antioxidant spices, such as cumin (ORAC score: 76, 800) and paprika (ORAC score; 17,919)

• Curcumin, the chief active ingredient in turmeric is highly anti-inflammatory.

• Turmeric is a great liver detoxifier.

• It may help in the metabolism of fat.

• This bright yellow spice may prevent the metastases from occurring in many forms of cancer.

• There are more than 50 studies on turmeric’s effects on Alzheimer’s disease. These reports say that turmeric contains a many natural agents that inhibit the formation of the substance that creates the plaques that begin to hinder cerebral function in Alzheimer’s patients. 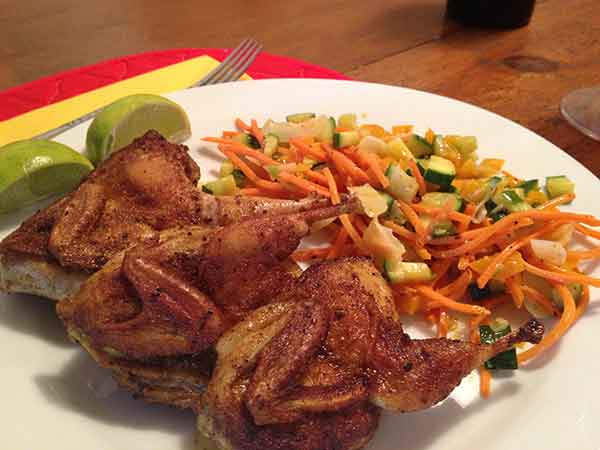 I use turmeric frequently in my cooking. I even have a smoothie recipe that includes it. My personal favorite is: Indian Inspired Quail

I love these little birds and am blessed to have friends that are hunters that give them to me. You can’t get any more organic than that! If you’re not as nuts about quail as I am, definitely try this spice on other foods. It’s great on everything!

Are Herbs & Spices are Superfoods

Hippocrates said:
“Let food be thy medicine and medicine be thy food.”

This is so true! The antioxidant power of herbs and spices is in arguable. There is evidence that we can heal ourselves with them. Herbs and spices not only add flavor but nutritional and healing value to your diet, so spice up your dishes!

You can lots of healthy recipes using lots of herbs and spices on the Healthy Eating Recipes page.